What I am working on right now

Data Science Conference. One of the fastest-growing data science & AI communities in Europe. Trying to be helpful.

Project F. Consulting, when they ask for it.

Besides, I am working on two book projects.

Highly entrepreneurial and curious, Filip is inspired by working on projects and causes with high levels of impact, especially where he can contribute the most.

In a decade-long journey, Filip has implemented more than 30 projects of different scopes in mostly tech-related fields, ranging from the promotion of entrepreneurship and digital government to building technology solutions and organizing 8 hackathons in 5 countries. As a generalist, operator, and self-starter, he’s interested in both dirty sleeves hands-on stuff as well as in philosophical, bigger-picture questions, like speculating about AI ethics, next-generation Internet, and the future of the venture capital industry.

Filip’s work in the field of open data was recognized by the European Commission and the Government of Serbia. Besides, he was invited to speak at more than 20 public events in 5 countries and his work was featured in many media outlets, including CNN.  Filip is also a team member of Data Science Conference, one of the biggest data science and AI conference franchises in the world, with events in Serbia, Croatia, Austria, and the US.

Fond of effective altruism and donating a percentage of income to important causes, primarily equality and education.

Believer in open knowledge/data and often lost in the future.

What I’ve started (and why)

A friend, kidding: “Man, is there anything around that you haven’t started?!”
Many (especially new) friends get lost when I start talking about the things that I was working on and about the things I plan to do.

Seriously, I do love to start things and poke what’s around me, sometimes as a founder, but mostly as a co-founder.

Here is the (incomplete) list of what I’ve started with a few contextual sentences.

Started as “Brave Content Writing”. The first company in the US. Mia is 100% in charge now.
Wanted to experiment with writing for money.

Corona Love Stories is a publishing project that supports international long-distance relationship couples during the Coronavirus pandemic. It was heavy for us LDR people when airplane traffic was down. Almost ended up as a full-time niche startup.

CO:IMAGINE is a science fiction collaboration platform founded to explore the future with artistic visions and storytelling grounded in science and technology.

I’ve assembled a team of designers and developers, forming a company and onboarding first clients. Managed several dev projects from 0 to 1.

I was inspired by what was happening in London, and I was really into hacktivism then.

I did two hacks. One in Belgrade and one in Sarajevo.
Realized it’s not safe (we had an unexpected police visit in Belgrade) and that there’s no cash to support the ecosystem development, hence not sustainable in the long run. Maybe I’ll come back to it in the future.

Let’s do something great for our city, let’s focus on the youth. We should definitely start with startups.

Connecting is a non-profit from Pancevo, Serbia, promoting entrepreneurship, startups, lifelong learning, and education for the 4.0 revolution.

Co-founded a policy NGO with colleagues from the Faculty of Political Sciences in Belgrade. We did a lot of cool things first, like investigating drug policies in Portugal or the digital state in Estonia, or opening the theme of AI and politics.

My hometown is the most polluted city in Serbia, if not the whole Balkans region. The sky was yellow for days one summer so we initiated a movement. We did a lot of creative cause campaigning. I was in charge of all online operations.

An attempt to bring deliberative and participatory democracy to a local level by generating public discussions on relevant local topics.

I invested some of my cash in the project.
We couldn’t make it sustainable so we stopped.

A startup executive (dot-com boom) started a political movement in Serbia promoting things like the VC industry (non-existent at that time), tax reforms, and a fully transparent government. Was responsible for building the organization in the city of Pancevo, managing 20 people, and leading the election campaign.

I soon realized that I am not meant to be a politician.

The world and Europe were hit by the biggest humanitarian catastrophe after World War 2. Startup folks decided to try to help refugees with the smart use of technology.

Belgrade was the fourth city in the world to join the global movement. I founded the Belgrade chapter and did two hackathons, a lot of match-makings, and a few public events.

A few friends started a very unsuccessful business.  We had a great office though. Copy(writer). Directed one promotional video.

More of this here.

“What is open data and why should we care?”  (Lecture) / Sarajevo, Bosnia and Herzegovina (December 2017)

“The role of technology in a humanitarian crisis” (Panel) / Point Conference, Bosnia and Herzegovina, Sarajevo (May 2016) 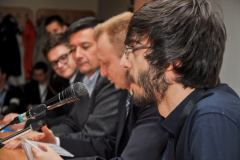 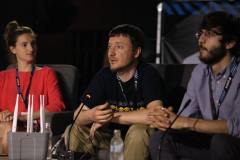 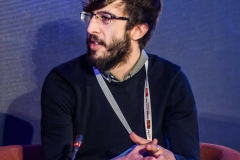 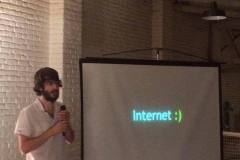 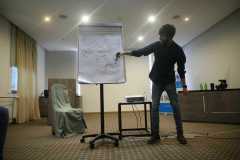 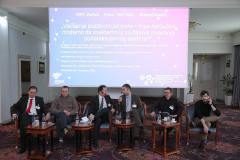 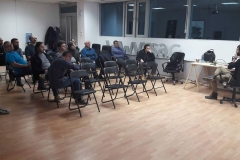 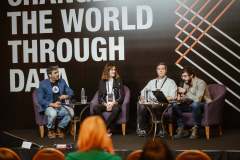 What others say about me

Britt Blaser: “Filip Milenkovic is a force of nature who deserves his own staff of logistics experts.”

Published poet. I sent a poem once to an open call. They thought it was cool and published it.

Basketball. Almost professional. I was staying up all night to catch a piece of NBA action. My playing style? Allen Iverson!

Press // because people will trust me more 🙂

Someone cool once told me that it’s one of the best domain names for a personal website. It’s true. It was a gift from one of the dearest souls who was – and still is – frustrated with my intensity and inability to stop. 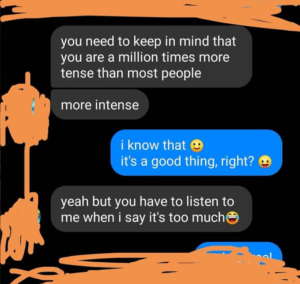 I never stop because my mind never stops, and because if we’re doing/imagining/discussing something – I would prefer to go off-limits and all-in. Unfortunately, people who are ready to dance this way are rare 🙁

I also don’t ever plan to stop starting new, necessary things.
And I’ll probably be working on something on the day I die.

I want to build products in areas of deep interest and care.