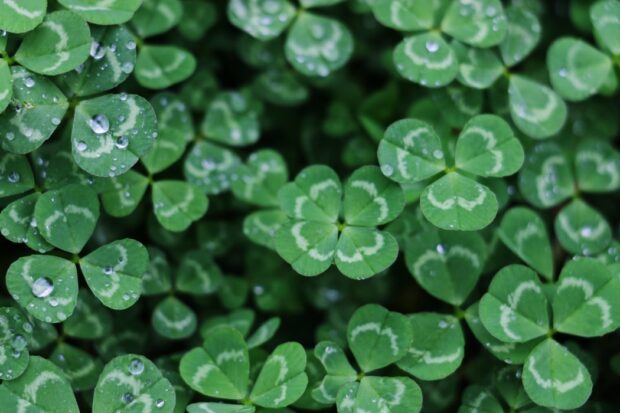 Some people are in the right place at the right time, and just that, sometimes even literally, makes them millionaires. Some are lucky in a sense that they never experience poverty or anything close to it, or because they’re born athletic, with an IQ of 180, or because they were loved by both parents, or that they had parents around them at all. Just a random thing like country of birth matters a hell lot.

I don’t believe that what we are given as a starting point can’t be totally, and I mean totally, changed. Even luck-wise. Nietzsche was my favorite philosopher for a while, I did graduate work on his philosophy in high school. I deeply believe in so-called “voluntarism”, Will being the mightiest force in the universe. If we can decide to be luckier, how do we do it?

I believe that the keyword is “network”. And exactly that’s why I think we live in an age when luck is more accessible than ever before.

What is luck after all? A random, largely unexpected major win? If you’re exposed more, it can hit you more often. It’s a probability thing. If it’s a probability thing than the Internet and all of its products are the best thing ever. And if it’s mostly about networks, then our conscious, decisive plays can make a significant change. It can become some sort of a personal revolution.

The Universe, World, God, Life, or whatever you believe in, can be atrocious to you. Still, I do believe, you can, proactively and directly influence the level of your Luck. You first need to be (self)conscious about it.

All the opportunities (luck being one of them) float through networks, as information. That fabulous, life-changing opportunity, someone serving you a 10x or 100x wizardry in a second, it’s there, somewhere within the network. Those networks are primarily made of people. People talk to each other, people share, people love and enjoy to give. Many get lucky along the way, without a conscious intention. So many Lucks occur as consequences of random interactions.

Let’s focus on the “right person in the right place at the right time” for a bit. Ok, it’s about location, and that’s highly relative, in a sense that borders often act as the evil cages. Then migrate. As more places where things actually happen move online (FB groups, Discord or Slack channels, forums, email lists and so on), it’s easier than ever before to be where the magic happens. Luck strikes in magical places. You can find them.

Why are some people luckier? The first reason is that they are there. The second, obvious one, is that they have access to people other mortals don’t. Think of alumni networks, rich parents, friends of parents, homies from the hood, kindergarten bros and sis. Hence the keyword is “network”. You can’t compete with that. You probably won’t be the luckiest person in the world. But you can, I am 100% sure of it, decide to be luckier, and act upon it.

What can one for example do to become luckier?

Learn to network. Do it all the time.

I believe this is the most important. It’s all about relationships. That is what makes some privileged, right? The truth is: anyone can do it. Invest in people. Find your tribe. The world is composed of tribes. Find yours. And then, on some random day, someone will casually mention something that will change your life forever and you’ll be lucky.

Even highly introverted people are not that shy online. You don’t have to speak in front of the 500 people you don’t know. You can use hashtags on twitter. Or Instagram. Or LinkedIn. Whatever one’s passions and interests are, there’s probably a very high probability that there are hundreds of others around the planet who share them. That fit is natural and it’s really powerful. Welcome to your network!

Some people see things others don’t and act when they smell Luck. They’re luckier because they’re more open. Be aware of your environment and the world around you. Listen. Watch. Many people don’t see at all and it’s such a shame. Say YES and “why not?” more often. Anyone can become more open. It’s super easy. Drives Luck as well.

I love the content on the Internet. It’s the most egalitarian thing in the world: it doesn’t matter if you have a Ferrari in your garage or Prada shoes on your feet. It’s cheap to produce. The magnificent ways content can lead to Luck are nuts. One morning you can receive a life-changing message because someone has stumbled upon you accidentally and, oh, you’re lucky!

Learn to be more proactive.

I guess it takes a while, but it’s achievable. It’s a prerequisite for so many great things in life. The gym is one of the little hacks. There are so many of them.

Seriously, what are you doing today to be luckier tomorrow? The world with luckier people would be a much happier place to live in. Everyone should try to learn to be luckier.

One of my teachers said “luck is opportunity meets preparations”, I still thank him for these words.