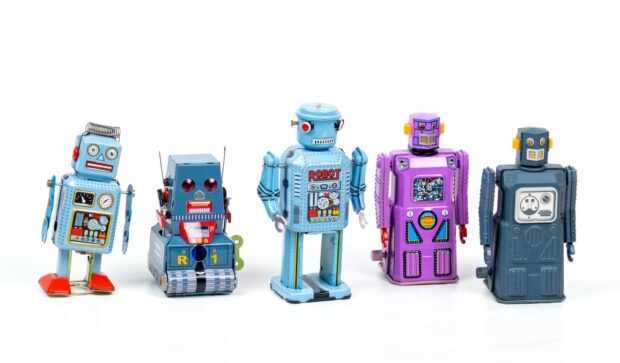 So, we’re in Croatia, on the dance floor. Hunee is playing trancy ambiental and obscure disco music. It’s lovely. I have this nasty habit of thinking while dancing. A close friend even said to me once: “People go out to get drunk and make a mess; you go out to dance and think!”

The music was still catching heights when I got lost in thinking about how wonderful it would be to clone yourself. Selling your time for cash, that’s frustratingly limited. What if there was a way to multiply it, several, even unlimited times, all in parallel?

Think about it. If all your work generates a digital output (design / code / writing / even voice), it wouldn’t matter if it was done by a machine, computer, instead of you. Let’s just say it’s on your behalf. If what’s truly you, skill-wise, and what you can do, could be learned and easily reproduced in novel contexts, that would be such a game-changer.

Ok, Something, an advanced AI system, would need to scan a) all of your past works and b) your current processes to be able to produce output as yours. For the past output, if it’s already digital – there’s enough data for the algorithm to be trained. Your style can be mastered. For the second one, would it be possible without brain-computer interfaces? Can your unique skills, as in the unique process behind them, be learned by a machine?

Then I got lost fantasizing how it would be so rad if it was possible. If possible:

It would be such empowerment for all those selling their digital time: Instead of, say, a few dollars an hour, it could be much more. More equality, and opportunities, as a consequence.

From the perspective of the whole economy: What a productivity boost that would be! All the great and necessary things could infinitely accelerate.

Elon Musk is a big-league psycho, in a good, even magnificent way. Neuralink – this is obviously an afterthought because Neuralink wasn’t born when that dance happened – might be the part of the solution here. Or something similar. General AI technologies like GPT-3 or some future GPT-9 might be part of the alchemic equation.