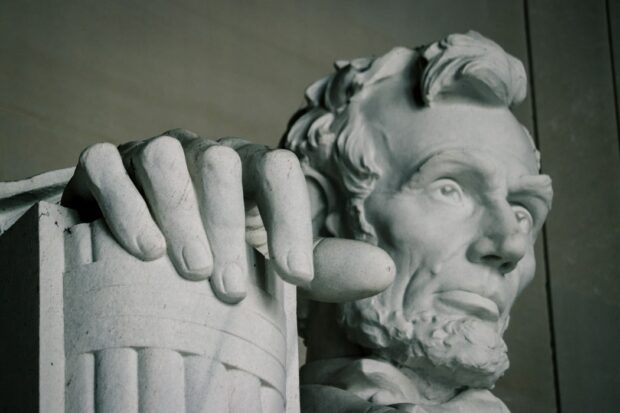 That night I was interested in Abraham Lincoln, one of the most cherished US presidents. I love getting to know interesting, influential historical people, deeply. Abraham was such a masterful politician. He hacked his way to the Presidency and did so many splendid things. I watched this documentary as a first introduction and I will definitely dig more on him in the future. It was an inspiring night, I fell into a deep rabbit hall.

I did not know that Republicans were the ones against slavery and that Democrats were largely OK with it. A short video on the white supremacy legacy of the Democratic party. A short video on how the Republican party went from Lincoln to Trump. It’s interesting how things radically change over time. Lincoln was huge.

Then I was interested in Abraham’s (formal) education. You should read this incredible article about how to become a lawyer without going to law school. Lincoln was self-thought. So were many others. When you try to catch the bigger picture, you find so many great self taught individuals, and realize that it’s actually a very strong tradition, especially in the US.

In that regard, it’s interesting to think about what Peter Thiel is doing with his Thiel Fellowship. For those not familiar, it’s $100,000 to drop out, even from high-school. It does make sense: “Build new things instead of sitting in a classroom.” It’s at least 10x learning. Yet again, Peter Thiel, with whom I would not agree on so many points, claiming that higher education is an insurance policy, a bad one, actually. Google it, few very interesting hypotheses.

Then I ended up reading about PhDs without MA – possible in the US –  and found out that you can even get a Doctorate of Philosophy without finishing undergraduate studies. Great ones are always an exemption, Ludwing Wittengetsin comes to my mind as first, but it’s possible even for “mortals”. For example, you can start digging here. It’s kind of obvious though, PhD should just be your authentic scientific contribution to the world; Why would anyone care if you paid a lot of cash and spent 3 years preparing for it? Have a great scientific contribution? And 3 professors and an institution to assess it, a procedure? Great: Thanks for your contribution, you’re PhD.

Then I stumbled upon an example of former MIT Media Lab Director, Joi Ito, who later resigned because of the tie with Jeffrey Epstein. He led one of the most interesting academic institutions in the world, well, at least without any significant formal academic credentials. Interesting bio.

I love rabbit holes. You can get inspired and learn so much.