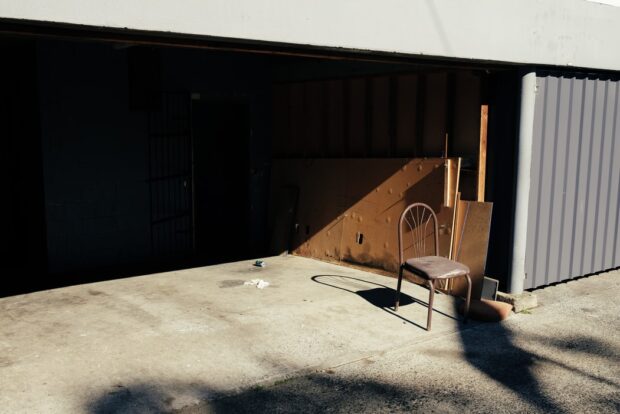 So many evils in this world are banal. That random, short and curly blonde driver contributing to the holocaust from a far side, an ordinary husband with two kids, it’s not his fault and responsibility, he’s just another brick in the wall. He doesn’t know what is driving, he doesn’t even care. He’s in love. He’s not a killer, he doesn’t have a gun, or a knife in his pocket, he doesn’t carry a sadistic smile, he’s just driving, from point A to point B, to be able to feed his kiddies and surprise his wife with a rose. When working, he’s on autopilot. Otherwise, the whole neighborhood adores him because he’s a great pal, always there to help however he cans. If you are not already familiar with Hannah Arendt’s work on the banality of evil, I believe you should take a look. One of my favorite books, “A Philosophy of Evil” by Lars Svendsen, delves into many different kinds of evil. If you don’t want to read the whole book, which I would definitely recommend, you can read this summary article on four types of evil. He argues, for example, that there are no demonic evils, evils for their own sake. Terrorists don’t enjoy it when babies or uncles cry. It doesn’t make them horny. They do it for the cause.

I am strictly interested in evils that are banal here and now. It’s so sad that people act evil even though they’re not evil per se (whatever that might mean), not even willful in doing X. How to minimize those behaviors, and downplay evils themselves?

People too often don’t think about others, that’s obvious. For a variety of reasons. Let’s imagine an extreme case: heroin addict(s). Addiction is so strong that literally nothing else matters. “Nothing else matters”. Quite literally. Not that I have a personal experience, but that’s what I’ve managed to learn reading and listening. Mum’s TV, or fathers hearth treatment, or sisters rent, or life-long friends in need…  They’re not on the radar. The whole abandonment  “process” is extremely dehumanizing, on so many levels.

Ego. I rewatched “Revolver” a few weeks ago, one of the most wicked, and many would argue the weakest of Guy Richie’s movies. With a movie comes a video afterthought on ego and some aspects of it.

People’s need to protect their own egos knows no boundaries. They will lie, cheat, steal, kill, do whatever it takes, to maintain what we call the “ego boundaries”.

Pause and think about the video for a second.

Or, take for example misinformation campaigns, which we falsely think are just today’s problem. Propaganda machines are in full speed, kind of forever, much before social media. There is obviously an intention to make a mess, but oftentimes there’s no direct orchestration. Triggering, as in the most sophisticated nudge theories, leads to violence and death. Collateral damage can be counted in thousands, hundreds, even millions of evils that spread like the Coronavirus pandemic.

How to minimize banal evils in this world?

Mechanisms of evil can be quite bizarre and advanced, at the same time. Tyrants “outsource” them. They, say, spread disgusting and dangerous narratives and lies and people kill each other, or in some “more polite” cases just hurt each other, for their absolute, installed interest. They’re not doing it directly. Some other folks are on the court. They’re above it. Drinking expensive whiskeys and smoking cigars, to paint the scenery better, while people are massacring each other. Sometimes, though, they construct narratives so strong that they believe them. Or that’s always the case, as Svensen would probably argue.

Bureaucracies can be the worst instruments of evil, in both clear and “banal” ways. Their nature is neutral, they follow and execute orders, not think about them, many theories of state and governance would point out. I had so many experiences with Serbian bureaucracy that I could classify as some sort of evil, exactly the banal type. Administrators playing nonsense games, not aware of emerging stupidies, which sometimes become evil. These stupidities can sometimes even lead to death. Procedural priority, however stupid, over reason and empathy. Repeat function can go on, forever.

An “evil designer” could, thus, construct pyramids and the whole architecture of evil. They remain evil geniuses, above, others do the harm. Nasty. The sad part is that there are a lot of professionals in this area. Think of PR people, spin masters, and others who engineer psyches. So-called “dark arts”. It’s an economy.

Or playing on fear. You frighten people to death, thousands of ways to do that, and incentivize them psychologically to hurt each other. Yet again, tyrannical and despotic environments. And some sort of design. And nudge. Instrumental or cause motivations –  injections – and a widespread that becomes banal when masses join.

A bit offtopic, or maybe not. I heard this sad story several months ago. A local restaurant owner, in a small rural place in Serbia, is bullied into paying mob tax every month. He’s blackmailed, they would hurt his family, unfortunately, a classical story. I mean, it’s a self-evident act of evil. Guy agrees to pay them after a while and invites them to give them the cash. Instead, he kills them both with a shotgun. Kept me wondering about the narrative playing in the minds of those mobsters? They somehow thought it was their right to take the money from the poor, unprotected guy. What’s happening in their heads? Were they afraid of their boss, prioritizing their personal debts? Were they blackmailed too? Is it just mimicking what others are doing, and is therefore OK?

How to tackle this? What are the most efficient strategies societies can take? I don’t see any approaches that aren’t centered around emphasizing personal responsibility and highlighting a set of virtues around it. Education matters, not just education that is learned in schools, but even more importantly peer-to-peer education that happens in our everyday interactions with others. Awareness also matters so much. It’s incredible how dangerously ignorant we are as a whole. Empathy is a collective superpower.