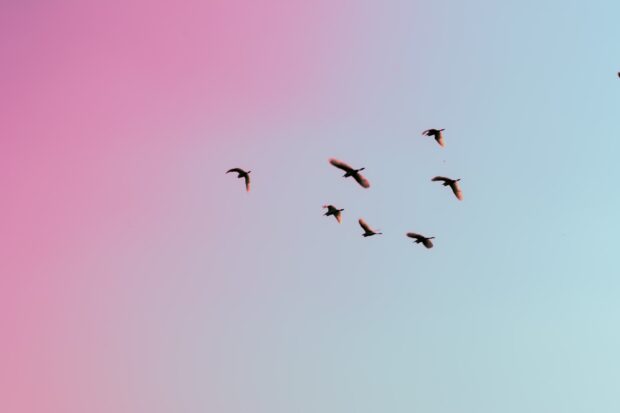 Imagine that you are a CEO or a hiring manager of a company named XYU. You are about to choose from two candidates.

The first one is an Ivy League computer science graduate, with a recent machine learning doctorate. The second one is a random kid from Romania, a self-starter with just a high school diploma. The first spent the last five years working on the latest AI technology in MIT’s lab. The second spent the last 3 doing the same but on its own research agenda, starting from scratch while spending 8 hours every day working a random daily job to feed his family. The first was solely focused on his thesis. The second did all the advanced work while renting 8 hours of his life 5 days a week. Surprisingly, Romanian self-started has a better portfolio and demonstrates more innovative thinking in the interview.

Both PhD-s. The first was stamped by the prestigious institution. The second? “Poor, hungry and determined”.

The Internet made the world the most equal ever.

The most obvious recent big thing:

“Permanently divorcing physical location from economic opportunity gives us a real shot at radically expanding the number of good jobs in the world while also dramatically improving quality of life for millions, or billions, of people.”

The world is still insanely inequal. Thankfully, so many great people are working on it. Hopefully, the world will be a much better place soon. Technology is what makes the world more equal.

We are still early in the AI game. It’s interesting to think about what advanced AI can do for equality building on the top of the world wide web.

I like this theory that we already are some sort of cyborgs. We use Google in so many gorgeous ways, so extensively that it is part of our core, almost physical beings. We are always connected to the Internet and enhance our abilities by it, intuitively. Google knows what to give us, and it does it so fast. Some kind of intelligence, right, that has so deeply become part of our instincts.

Let’s imagine an even brighter future.

Education. The Internet made it free. For the first time in human history, almost any knowledge is free of charge. Learning with others and mentors is more effective though. Imagine personalized AI tutors. What if we can build conversational AIs that can teach us things we would like to learn, and guide us along the whole way? What if that’s the most effective way to learn? Imagine every kid having a personalized AI mentor.

Life itself. We might extend our lifespan soon. Also, and more importantly, we might end a lot of chronic and other diseases, saving lives of millions every year, particularly of those in marginalized communities and positions. There’s a very high probability that some kind of AI will charge these breakthrough, life-saving and life extension achievements, directly or indirectly.

“AI guardian angels”. I like this notion. Take for example the epidemic of loneliness and the cost of psychological help. AI beings might be there to provide help when there’s no one else.

Paths. Life used to be so confusing for the vast majority of the worldwide population, so – inequal. Access to knowledge and routes to XYZ were hidden in closed networks. Class societies. The open Internet democratized it, revolutionizing societies at scale. Now imagine an AI layer on top of it. A personal assistant that can sketch your different paths, and how and where they lead.

Language. If you know English well you are a few years ahead. Real-time translation can break down many barriers, access and learning being one of the first serious use cases.

Rule of Law. We are equal on paper, but in reality, there are racisms in this world, ethnic and other discriminations, violence, biases, corruption… All of these affect the underprivileged much more. AI might. Who’s building “AI for Justice“? Things like “algorithmic bias patrol”, ” corruption AI officers” and things like that?