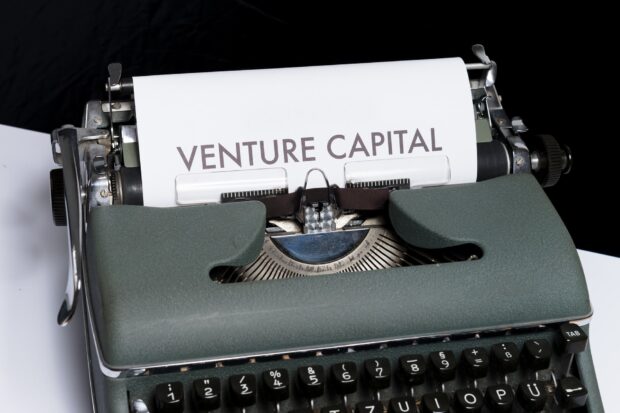 When I was a second to third-year political science student, I got this unexpected and funky idea. I forgot how I ended up there exactly, but I do remember, however, I was extremely interested in political communication and campaigning at that time – I would become a film director sometime in the future. I would study film and dramatic arts when I was done with political science studies; was a night owl then, loved learning when everyone was sleeping, at peace, no phone calls or any other distractions. Stillness, from which you can advance to truly magnificent zones of extreme focus.

So, what I did: I prepared myself a list of 60 directors to explore, a random number, everything from Kubrick to Gaspar Noe and Michale Haneke. Downloaded Blu-Ray versions of everything I could find, student works included. Went in methodologically, like a surgeon. I had this notebook in which I would keep track of all the small tricks directors used to design narratives and generate magical and transformative experiences. A few random favorite gems: Gaspar Noe’s “I stand alone” and Haneke’s “The Seventh Continent”. If you want to experience real violence on the screen, the one that shakes you existentially, not in a primitive and cheap way, trust me, check those too.

I did not become a film director, and I probably won’t. A few years later, I was trying to assess the practical value of those long winter nights, a self-imposed movie hype that lasted for almost five months. Maybe I gained a unique communication skill? Or was I sharpening my analytics skill? Would it be valuable in my later life, and how? I enjoyed it though, which should be enough I guess.

The latest manic attack that I am experiencing is the venture capital industry. How did I get there?

I probably started asking myself about the financial roots and origins of what’s happening around. All this crazy and experimental stuff that is being built, someone needs to fund it. How does it work? All this impact costs – who funds it, why, and how? It’s like a background, a backstage of reality we encounter every day. I was interested, so I started thinking and learning.

It’s also that I want to build. I need to know the funding logic and procedures because I am still far away from serious bootstrapping capabilities.

It’s also so cool: imagine, you are in your late fifties or sixties, and young brilliant folks are pitching to you? It’s like a fountain of youth. You are supporting, financially and otherwise, the creations of something wow.

Something clicked, and I was hooked.

In almost a year-long journey, I have collected more than 1100 learning resources so far. Everything is there: 200 youtube/podcast videos, books, scientific papers, long reads, high-quality articles, encyclopedia-type writings, interviews etc. Legal, finance, entrepreneurship, and so on. I’ve tried to cover all the possible aspects of the industry: its roots and origins, prehistory, history, the most significant and illustrative case studies, mechanics, math, trends, uses of different technologies in the process. All that I could think of and all that I’ve stumbled upon. It’s incredible how much you can learn from Youtube videos if you listen carefully. Casual conversations are the best because friendly talks go places formal formats don’t. I watched almost all “This week in startups” videos. JCal, you’re a legend!

By the way, one of the things that I’ve figured out along the way: love reading the most because it’s the fastest knowledge acquisition technique, at least in my case.

Let’s start before it has actually started, with true silicon pioneers. Rober Noyce, Intel founder, and his fella are starting a company. At that time, the money floats from the East to the West.  Noyce and his partner create a short document, a few pages, with so many typos and incorporate it soon after. That’s how it was done in the earliest days. Please watch this great documentary. You won’t regret it if you’re even remotely interested in any of this.

One of the naughtiest, Sean Parker. This is a great read. Peter Thiel now runs one of the most prestigious VC companies. He was the first Facebook investor, which made him a fortune and allowed him to continue with venturing endeavors. Sean was the one to introduce, first seeing a behemoth Facebook will become. Many claim that he saw it even before Zuckerberg himself.

Facebook fundraising is very interesting, from a historical perspective. Sean had a clinch with Sequia, probably the number one all-time VC firm. So Mark did a prank showing late at the meeting and dressed funny.  This surreal episode, claims JCal in this great interview, had a great impact. It will become much more about founders, hence the “Founders Fund”. A structural shift in founders <> VCs governance relations. It was so common for investors to just throw founders under the bus prior to that change. Zuckerberg’s position, thanks to Sean, was so strong that even today he rules the company, with his power not diluting, uncommon in the Valley.

Speaking of Sequoia, after legendary Don Valentine, two immigrants were put in charge. What’s interesting is that one is a journalist from Wales and the second one is a salesperson, an Italian immigrant. No finance people nor even tech people, and a journalist as one of the most successful VCs in history. I would recommend these two conversations: Michel Moritz and Doug Leone.

Unlike Sequoia, Kleiner Perkins, who was top of the class, losing its position. How does that happen? John Doerr is still the wealthiest VC I think. While still prestigious, Kleiner is not what it used to be.

I also liked this crazy Bulgarian guy, Delian Asparouhov, who wears sneakers of different colors. You should watch this interview, or this one. I love the people whose minds just don’t stop. Interesting reasoning. Like his space passion, and how, contrary to a classical founder route (build (decades) > cash (found/invest), as a VC he can contribute to space explorations immediatly. Many interesting points about space in both interviews. Strongly recommend them. It’s incredible how practical space is, even for what’s happening here, on planet Earth.

And then, the “Tiger phenomenon”, magnificently explained in this article. In short, private markets, and Tiger Global just pumping huge amounts of money in, in record times, say weeks, doing deals almost every other day, without requesting any control in return. Meaning, public investors moving to private markets, hot markets, and so many other things. Consequences? So many. Read the above article. And crazy, aggressive  Masa Son (SoftBank/Vision Fund) playing with hundreds of billions.

I must admit that I am enjoying this journey so far!

What shall I do with all of this?