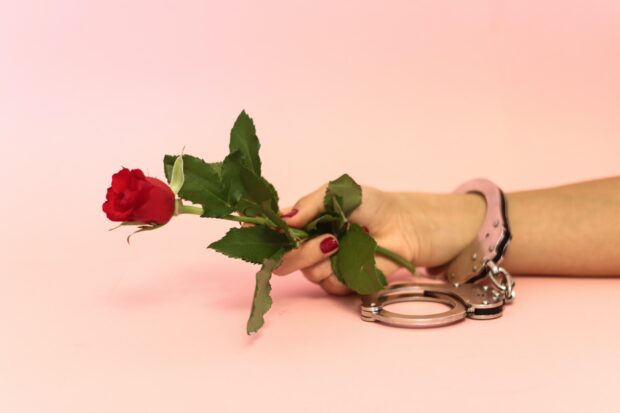 Maybe it’s better to ask what is the game you’re playing instead of other questions when meeting a new person?

One of the coolest movie openings, “Layer Cake”:

Do not worry, this post isn’t about drugs and the drug business.

It’s impossible to know the future, but it’s highly recommended to imagine it from time to time and base life decisions on that. The prices are too high.

Let’s play around with imaginary Jason fella for a bit.

If he marries Jenny, he will become a mayor, and then Senator, and then a Presidential candidate. It’s because Jenny is understanding, supportive, and believes in him. They are both driven by meaningful societal change.

If he moved to Florida with his best student mate John when he was 21, he would run a successful business at a 20 million annual run rate in just 3 years. That’s because John was his business soul mate.

If he stopped hanging out with those jerks when he was 16, he would finish university and wouldn’t overdose before he turned 30.

All of the potential scenarios above – his life, actually – are the consequences of decisions he has or hasn’t made. And all of them could have happened if he had chosen differently.

I’ll do a short reflection on my 2 months long political career. It wasn’t a plan, although I was always political, in a sense that I cared and thought about society a lot.

How did I end up in that game? I rented an apartment in Belgrade city center with a few friends because we wanted to experiment with different business ideas. We wanted to have a nest for it.

A little more context: a different political candidate emerges. He talks about the venture capital industry because he was a venture-backed startup CEO. He sounds and acts reasonable, has European experience, some level of success in Canada and the USA, American pragmatism. A different persona compared to the others in Serbian politics.

Anyway, the apartment we decided to rent was one of the first places where signatures for his candidacy were being collected. I didn’t know that would happen, it was so fast. A renting pal decided to help with candidacy literally the day before. I was surprised to see so many random people in the apartment that evening.

I soon realized that all the people who were there signing the necessary support documents were so decent. I had casual chats about psychedelic rock music and stuff like that. I was amazed! Look like my tribe?

At some point, I was asked: “Hey, would you help with getting signatures in Pancevo?”

I gathered 30 people in my hometown of Pancevo. Candidacy approved, so let’s campaign. It was such an incredible and valuable experience, but let’s leave that for some other time.

The campaign was over, so I decided to conduct some serious thinking.

First, I was sick of all the people from other political parties I ran across during the campaign. Bad people. Second, I have realized that serious politics – it’s immoral to do it any other way – is a 24/7 type of deal. No time to learn, grow or do any other meaningful things.

The main reason why I’ve decided to proactively step down and not continue was the realization that it would eventually make me a worse person and that I would need to sacrifice my whole current life for it. It’s not that I cared that much. Plus, that would keep me localized, which felt claustrophobic.

Let’s take a look at an entrepreneurship example.

Nikola thinks of starting something of his own.

Option #1 is starting a little cafe. It’s a small town, the market is tiny. Option #2 is a service-oriented web business conducted online, utilizing his ability to gather quality people and his decent web development skills. Option #3 is playing as a one-man band, as a premium freelancer.

He didn’t do the math. He chose option #1 and made a mistake. He didn’t envision all the little annoyances, including constant inspections and managing so many people, and he definitely hasn’t done any substantial financial projections.

Had he gone with option 3 he would have earned 5 times more a month than he made with his cafe in profits.

How to think about the Game(s) (of Life)

You don’t know, as I don’t know, and as no one actually can know. We need to do the research, talk with people, learn from them, think about it deeply and experience it first-hand.

Choosing which game to play, meaning where to invest time and energy is one the most important things in life.

Have in mind that the whole life, as in the number of waking hours and minutes, in most cases, is mostly two things: work and love/partnership. Would that mean that those two are the most important things in life? If you spend that much time working, then choose wisely where to work. And, first of all, the work itself.

Anyway, are there any frameworks and techniques for this?

I really liked Julian’s article on how to choose what you should be working on.  It’s my favorite article on this topic. I would highly recommend it.

Analyzing and proper research always go far. Think about possible options, through the lens of the people who are already there. How do their days look? How much do they earn? Talk with them. Online. Does it sound inspiring? Luckily, all of this is on the Web.

I also really liked this article.

“So, instead of thinking through what we wanted our perfect day to look like, we thought about the worst day imaginable and how to avoid it. We inverted and came up with what we call Anti-Goals.”

Regular assessments, by all means, help. This works in career, love, any type of relationship. “Does it feel right? Why not? What should I change?”Self-awareness rocks!

I often opt for rationalism and objectivism although I do not fully agree with the philosophy developed by Ayn Rand.